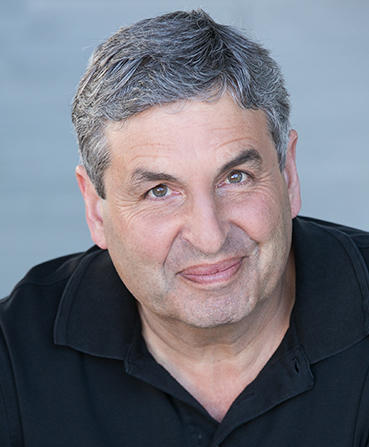 Jeff helps leaders build rapport and physical presence, craft compelling stories, and bring heart and authenticity to their leadership. He has worked with Stand & Deliver from Beijing to Lisbon to London, with clients such as Cisco (including five years with their Client Director Series), Deloitte, the Singapore Exchange, Chubb, IMD and INSEAD.

Jeff is an acclaimed international performer who has appeared on Broadway and in featured roles with Cirque du Soleil, the Lincoln Center Theater, Vaudeville Nouveau and the San Francisco Shakespeare Festival, among many others. He has trained performers at professional theaters and acting conservatories including the Tony-award winning American Conservatory Theater, Cirque du Soleil and New York University.

In 2000, Jeff founded the country’s only professional clown training program, The Clown Conservatory. Jeff’s numerous TV, radio and press interviews include an appearance with Cirque du Soleil on Late Night with Jay Leno. (“Leno drove me around the parking lot in one of his antique cars,” says Jeff.)